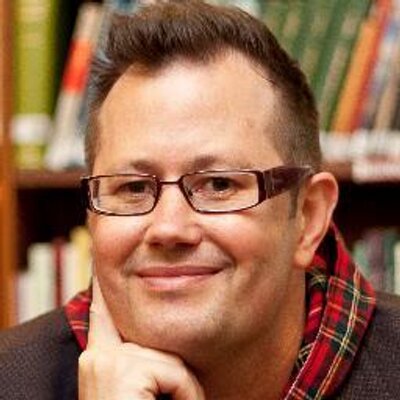 Get ready for more industrial action in public hospitals this year. The junior doctors’ dispute with the District Health Boards is set to continue, with acrimony ramping up, as well as some rather bitter infighting between trade unions. One political commentator is even comparing the significance of the hospital battle to the infamous Waihi Miners’ Strike of 1912.

The 48-hour doctors’ strike last week was the first major industrial action of the year, and the next round is due in a week’s time, with another 48-hour strike scheduled for 29-30 January. And a month after that, on 28 February, the existing employment contract between most junior doctors and the District Health Boards (DHBs) is set to expire, which is at the centre of what could be a long-running and nasty dispute.

There’s a prediction of “more mediation, strikes, facilitation or even lock-outs” at hospitals if the doctors and DHBs aren’t able to resolve the stalled negotiations which started ten months ago – see Katarina Williams’ What happens if the junior doctors’ contract dispute isn’t resolved?

At the crux of the matter is a major disagreement about the work rosters for junior doctors in the hospitals. The DHBs want to weaken some of the conditions that the main doctors’ union say prevent them from over-working in an unsafe way. The DHBs disagree, and argue “that they want local clinicians and hospital managers to make decisions about rosters, not the union’s head office” – see RNZ’s District health boards reject claims made by striking doctors’ union.

But there’s much more to it than this. According to the Resident Doctors Association (RDA), which is the union that the overwhelming majority of junior doctors belong to, the DHBs are actually attempting to avoid settling the dispute so that they can use a provision in employment law to automatically start shifting doctors onto an inferior employment contract.

Some of this is explained in an editorial in The Press, which says: “The forthcoming strike by junior doctors is more complicated than most because there are not one but two unions in play, each with different perspectives on what junior doctors want” – see: Divided unions drive doctors’ strike.

The editorial explains that back in 2017, the main junior doctors’ union, the RDA, managed to negotiate what it saw as a much safer roster system, but that led to a breakaway union being established: “The new deal that followed said junior doctors could not work more than 10 days in a row, reduced from 12 days. But not all doctors agreed, with some claiming that the new rosters were inflexible and had been “imposed” and “enforced” by the RDA. They argued that important training time was reduced, leading to the formation of a breakaway union, the Specialty Trainees of New Zealand (SToNZ), which emerged about six months ago. That group agreed to work 12 consecutive days in order to have more training time”.

Due to the existence of the small breakaway SToNZ union, which the RDA say has negotiated a vastly inferior employment contract, the DHBs can effectively force new doctors, and those shifting between hospitals – which is highly common for training doctors – to go onto the inferior SToNZ contract.

Another union is involved – the Association of Salaried Medical Specialists (ASMS) – which supports the junior doctors. ASMS executive director, Ian Powell argues that the DHBs have set out with this “cunning” plan to effectively snooker the junior doctors and therefore just “bludgeon their way to victory” – see his opinion piece, Blame DHBs, not the unions, for the junior doctors’ strike.

Ian Powell says that “The DHBs have foolishly embarked upon a bargaining strategy that requires a ‘winner takes all’ outcome, which is disastrous where there is an ongoing employment relationship between the employers and their captive employees”.

But Powell also argues that the situation is much more complicated than might be immediately presumed, because some doctors – essentially those who have broken away from the RDA – do not actually want their working week restricted, as they rely on these longer hours for their training and advancement.

Hence, the ASMS tried to broker a deal with the hospitals and junior doctors: “We invited the DHBs and RDA to meet with us to explore how we might do this, as the issues are too complex to address through the blunt instrument of collective bargaining. The RDA responded positively to our initiative, but the DHBs declined, preferring an adversarial process. ASMS and RDA are progressing this work on our own, but it is disappointing that the DHBs have abrogated their responsibility. Had they agreed to participate, the industrial confrontation could have been avoided.”

The picture gets even more complicated with union rivalries given the involvement of the Public Service Association (PSA) in the various disputes. It turns out that the PSA has played a key role in fostering the small SToNZ breakaway union. And so, although other unions, such as the Nurses Organisation, are supporting the junior doctors’ industrial action, the PSA – together with the Council of Trade Unions (CTU) – have held back any public support for the strikes.

In fact, an email from the PSA to Ian Powell was leaked to the media last week, which suggests strong hostility from New Zealand’s biggest union towards the junior doctors’ struggle. You can read the leaked email here: Email from PSA secretary Erin Polaczuk regarding the RDA.

In the email, PSA secretary Erin Polaczuk makes the case against unions supporting the junior doctors, because their union isn’t affiliated to the CTU, and she accuses the RDA and associated unions of free-loading and poaching union members. This is covered in Stacey Kirk’s article, As junior doctors strike, leaked email shows bitter rivalry between unions.

As reported by Kirk, the RDA has responded to these claims by accusing the PSA of undermining an existing union by supporting a breakaway new union, which for some in the union movement is tantamount to “scabbing” (or betraying other employees in their struggle against employers).

The national secretary for the RDA, Deborah Powell – no relation to Ian Powell – is quoted as criticising the PSA for encouraging and assisting the rival junior doctors’ union: “The PSA was supporting them. The rest of the trade union movement did not believe the PSA should because they perceived StoNZ to be an employer’s union – too close to the employer… The problem with unions that are too close to the employer is that it leads to employment agreements that disadvantage employees. That’s exactly what’s happened. StoNZ has settled a collective agreement with the District Health Boards, with vastly inferior terms and conditions to that of the RDA collective”.

Longtime leftwing commentator and unionist Chris Trotter has also reacted with astonishment at what has been going on, suggesting that the PSA has been essentially playing into the hands of the DHB employers, because legally they can now use the existence of the PSA-created union as a way to refuse doctors the ability to retain their existing working conditions – see: Silence of The Lambs: Why Is the CTU saying so little about the Resident Doctors’ Struggle?

Trotter’s blogpost from Friday condemns the facilitation of “the formation of a minority union which employers later use to break the industrial resistance of the union representing the overwhelming majority of workers in dispute”. He argues that “Union rivalries should not be allowed to obscure the very real threat posed to the New Zealand trade union movement by the DHBs’ divide-and-rule strategy.”

To Trotter, what the DHBs are doing is similar to what happened in the infamous Waihi Miners’ strike: “The strategy adopted by the DHBs’ negotiators bears an alarming similarity to that adopted 107 years ago by the Waihi Gold Mining Company. Step 1: Encourage the establishment of a small rival union. Step 2: Use it to undermine the position of the much larger union resisting the employer’s demands. It was a strategy which led directly to one of the most bitterly contested industrial disputes in New Zealand labour history.”

The concern for unions is that other employers will end up emulating what the DHBs are doing: “employers in other sectors of the economy will not be slow to follow the DHBs’ lead. The precedent established at Waihi: establishing a ‘scab’ union to facilitate the crushing of a real one; instantly became the template for the destruction of militant unionism in New Zealand.”

Trotter also wonders if the apparent refusal of the CTU to intervene or to even show any solidarity with the junior doctors “has anything at all to do with the fact that the current CTU President, Richard Wagstaff, is a former National Secretary of the PSA.”

For a similar analysis, but with more in depth background on what has led to the junior doctors’ dispute with the DHBs it’s worth reading Peggy Stewart’s Why resident doctors are striking. She bemoans that “established public sector unions may be using this opportunity to settle old scores, making resident doctors pay the price in significantly-reduced conditions and less employment protections.”

This article also draws attention, not just to the PSA’s alleged hostility to the doctors’ union, but also that of the CTU, pointing out that in 2009 the CTU came out against the then strike actions in hospitals, with Helen Kelly arguing that striking doctors might “give unions a bad name”.

The article raises further questions about whether the current DHB strategy against the junior doctors is endorsed by government officials or indeed by Labour in Government: “It seems likely that the DHBs collective bargaining strategy has been given at least tacit approval by the Ministry of Health. The degree of involvement of Labour’s Minister of Health, David Clark, in directing this strategy is unknown, but he cannot be unaware. It is appalling that public sector workers are facing such a clawback in their hard-fought for working conditions, under a supposedly worker-friendly Labour-led government.”

Finally, although the PSA itself organised strikes last year at MBIE, Inland Revenue and the Ministry of Justice, it may be that the nature of modern unionism means there is less inclination to show solidarity with other striking workers. In this respect it’s worth reading last year’s Listener feature on the head of the PSA: Union leader Erin Polaczuk opens up about the future of the movement. In this, Polaczuk explains that the union movement is “smarter now” than it was in the 1970s, that the “feminisation of the union movement has changed things”, which means “We are not guys coming in and having a punch-up”, and strikes are a “last resort” in this “mature era”.