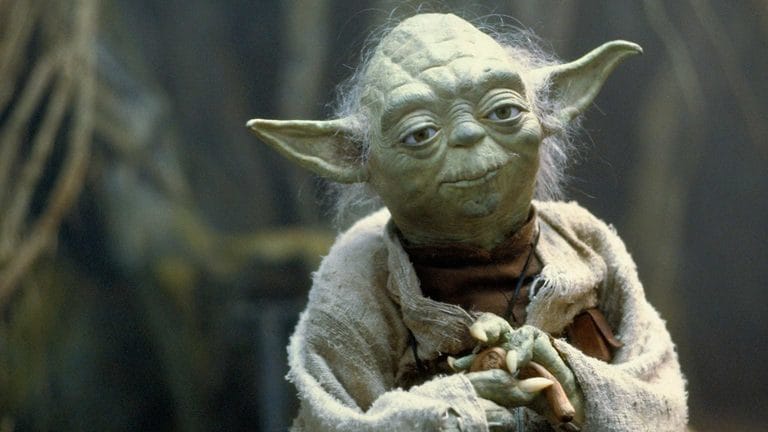 Now the high of Game of Thrones has faded, another pop culture token has arrived. It takes the form of a green alien baby from the Star Wars television series The Mandalorian – a key offering from Disney+ when it launched last month.

In “Baby Yoda” (he is officially called The Child), we are introduced to a new version of someone we already love. The tiny, revered elder of the films has been further miniaturised and transformed. No longer a wizened oracle, he is presented as a vulnerable infant.

Imbued with traits we are biologically driven to find appealing – a large, symmetrical head, large eyes, a small mouth and a small nose – viewers have taken to this precious bundle and given him the online status he deserves: the internet meme.

Baby Yoda is shrouded in the mystery of uncharted territory. Unlike our first encounter with Yoda in 1980’s The Empire Strikes Back, this time we get to journey with him, as he and The Mandalorian explore a universe after the fall of the Empire.

The unlikely caretaker – one of the few remaining Mandalorian bounty hunters, who also made their debut in The Empire Strikes Back – discovers “the kid” towards the end of the first episode. The audience looks on with delight as the Mandalorian creates the unlikely kinship we all wish we could have with our own Baby Yoda.

Although recent Star Wars instalments didn’t hit home as strongly, we forgive all when we stare into those dark, pleading eyes.

The power of nostalgia

Disney has always marketed to the whole family, with a deep understanding of how nostalgia brands work.

Generations hand their cultural icons down with more effectiveness than any material heirloom. And yet companies need to constantly reinvent the nostalgia brand to keep it current without compromising its essential elements.

To the generation who grew up with Star Wars, Older Yoda represents an elder. His key quotes from the series are repeated, referenced, and revered. He’s a voice we’ve trusted since we were as tall as he supposedly is.

Yoda was designed by George Lucas in keeping with religious and cultural traditions, with ties to Buddhist principles of mindfulness, the universal life force of Taoism, and the Christian parables of Jesus. He was designed to inspire trust – and has now been designed again to inspire wonder and affection.

For viewers without access to their own elders, Older Yoda was the grandfather we always wanted: there to guide and tell us, “Do or do not. There is no try.”

Disney is not in the movie business, nor in the cartoon business. It is in the “cultural icon” business – perhaps better described as the “clout” business.

Clout is an academic term for the power a brand or a product has to shape markets. Getting clout is challenging. Maintaining it just as challenging, if not harder.

Real clout doesn’t just sell us stuff. It redefines how we think through authentically tapping into who we are, what we believe, how we consume and – most ambitiously – how we feel. And how markets form and reform.

This is what Disney is after through Baby Yoda: in inspiring love and attachment that will capture share of heart, and then share of wallet. Baby Yoda is the perfect figure to convince customers Disney+ is not just another video streaming service: it is the streaming service you have to have.

Gathering around the water cooler for a chat doesn’t happen much these days. Work teams are often virtual and families are dispersed in all directions. The ideological chasms that divide us seem to be getting wider and deeper.

But Baby Yoda is something we can all relate to, co-creating messages and sharing a laugh – no matter where we are. Here, or in a galaxy far, far away.